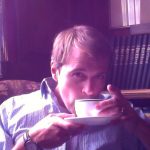 I am an Associate Professor of Philosophy at Seattle Pacific University.

My primary areas of research are Epistemology, Philosophy of Language, and Philosophy of Religion. (Recently, I’ve written on knowledge, epistemic defeat, fallibilism, and knowing persons, as well as on assertion, lying, the epistemology of religion, and religious disagreement). I teach in these areas, as well as in Logic and Ethics.

Here are my Google Scholar page and Phil Papers profile.

I am also PhilPapers editor for the categories Defeat, Primitivism about Knowledge, Norms of Assertion, and Epistemology of Religion.

You can reach me at: bentonm at spu dot edu